I never desired to go to the moon – but loved looking at it each evening.  Who would have believed a man could actually walk on the moon?  Neil Armstrong, a young Ohio boy with a big dream – he believed.  Located in Wapakoneta, Ohio, just a few miles from the birthplace of Neil Armstrong is the Armstrong Air and Space Museum.  There you can experience much of the history that led Neil to be on that historic flight.

Wapakoneta is proud of the part they played in the life of Neil.  He was born in 1930 on the family farm near where the museum is now located.  He loved airplanes from early childhood and by his 16th birthday, he was taking flying lessons at Port Koneta Air Field.  His dream of flying would take him into active military duty as a Navy pilot in 1949 where he would fly 78 combat missions before he turned 23.

Neil is presented as just an All American Boy throughout the museum.  An all American boy with dreams of flying that took him all the way to the moon.  He began his flight career in a small plane, on display in the museum, and advancing to becoming a test pilot.  The plane he flew in the NASA testing program is on display in the front of the museum.

In 1955 Armstrong completed a degree in Aeronautical Engineering and then began his training with the NASA astronaut program.  He commanded the Gemini VIII mission in 1966 and then became the first man to set foot on the moon on July 20, 1969.  Most of us remember the words he used to describe that historic moment in time. “That’s one small step for man, and one giant leap for mankind.”

The space program was not without failures and conflict along the way.  There was a race to space, the controversy concerning the use of animals, and heart-breaking loss of life.

When you visit the museum you will discover many one-of-a-kind artifacts.  There are interactive exhibits, simulators, and eight audio-visual elements.  Under the dome of the moon at the center of the museum is the Astro Theater that allows guests to view an informative movie about the space program, or gaze at the night sky.

I enjoyed visiting the museum and learning about a little boy who followed his dreams, all the way to the moon.  One of the exhibits I most enjoyed was a live video feed of the flight in 1966 when the astronauts were so overcome with the magnitude of space and the realization that they were seeing what no one had seen before, they read from Genesis 1, the Creation story.

If you plan to visit the museum be sure to allow yourself plenty of time to enjoy all the interactive exhibits, the simulators, the theater, and the grounds.  The entire complex is handicap accessible.  There are picnic tables and pavilions available for your enjoyment.  Bring along some spending money for the gift shop where you’ll be able to purchase a variety of souvenirs related to space travel. 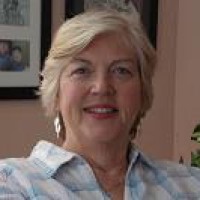